Navratri Garba can not be organized in public 2020 :Ban on Navratri, Dussehra, Durga Puja and Diwani celebrations in Gujarat

No garba of any kind will be held, star campaigners are allowed in the by-elections

Aarti is also playing in the recording, no artist will be present

For a long time now, there has been a debate in Gujarat over whether the state government will allow Navratri to be held, although the guidelines have been released by the state government today. According to which no Garba can be organized in public in the state. During Navratri, Garbi / Murti can be set up in open space and Puja Aarti can be performed. But photos or statues cannot be touched. Prasad cannot be distributed. The government has issued guidelines for the celebration of Navratri festivals including Garba, Dussehra, Besatavarsh, keeping in view the state of transition of Koro. Which will be implemented from October 16. 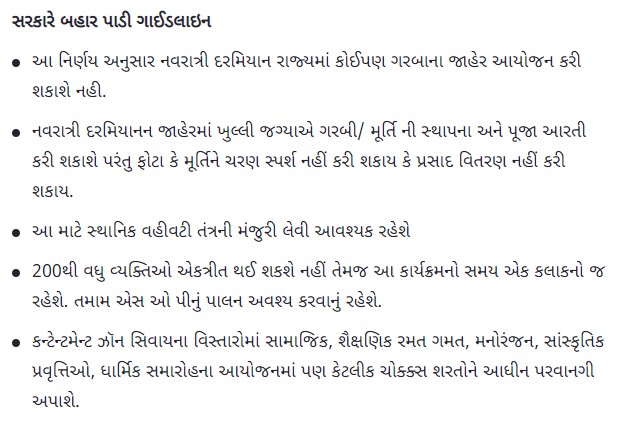 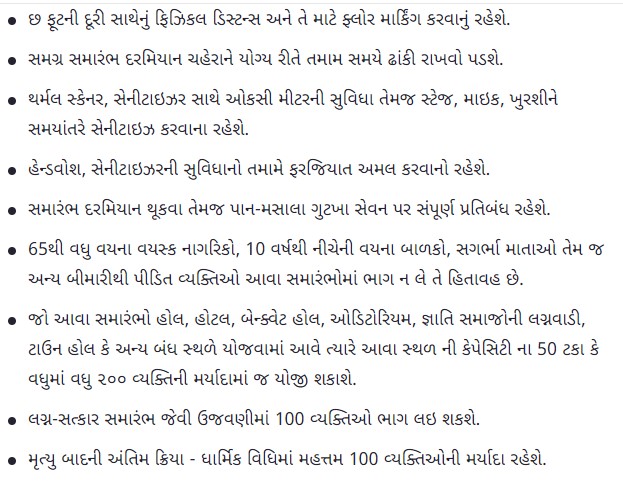 According to the decision, no Garba will be held in the state during Navratri.

During Navratri, Garbi / Murti can be installed and worshiped in an open space in public, but photos or idols cannot be touched or prasad cannot be distributed.

This will require the approval of the local administration

No more than 200 people will be able to gather and the duration of the event will be one hour. All SOPs must be complied with.

In areas other than the content zone, social, educational sports, recreation, cultural activities, planning of religious ceremonies will also be allowed subject to certain conditions. 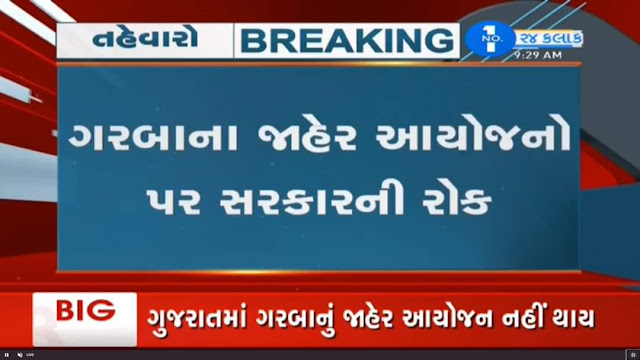 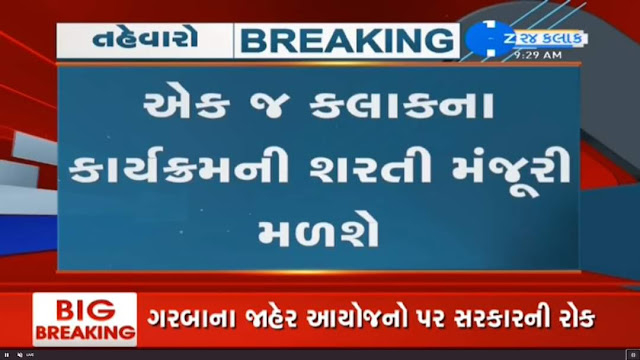 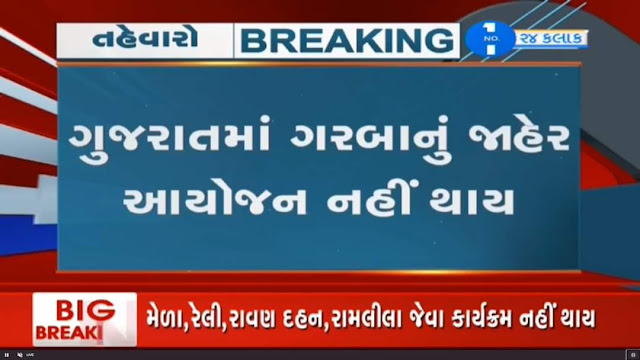 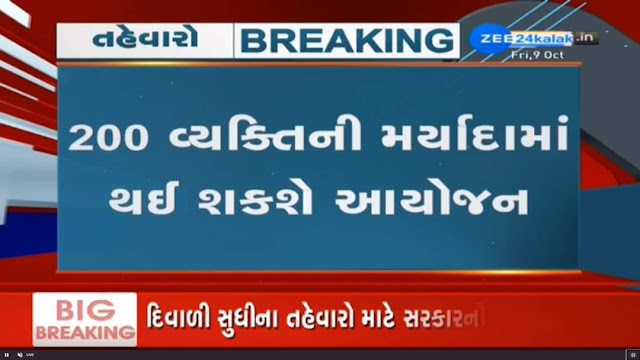 Physical distance with a distance of six feet and floor marking for that.

The face must be properly covered at all times throughout the ceremony.

The public celebration of the upcoming festivals requires the prior approval of the local administration. Mass events like fairs, rallies, exhibitions, Ravana Dahan, Ramlila, Shobhayatra where large numbers of people gather will be banned.

In case of violation of these instructions, legal action will be taken against the concerned venue administrator-organizer. Necessary arrangements will also have to be made for the prompt availability of medical facilities during all the programs.