The government has finally postponed the decision to start schools and colleges in the state from November 23 as Corona's condition is getting out of control. Education Minister Bhupendrasinh Chudasama further said that there is no plan to set a new date in this regard. 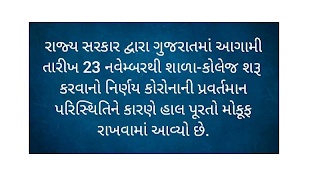 Join Whatsapp Group : Click here
The Gujarat Education Department on Wednesday issued a resolution to resume educational work in secondary-higher secondary schools and colleges in the state from November 23. On Thursday, the education minister also reviewed the current situation. As per the present resolution, schools and colleges would be started in Gujarat from November 23. In the afternoon, Chudasama said that Gujarat would give the message that by taking care, work can be done and corona can be avoided by starting schools and colleges from November 23. District-towns-taluka level task force has been constituted to ensure compliance of SOP. Although the state government arranged for the number of students to be present in schools and colleges, the number of parents who have given their consent has been coordinated to get the information at the state level 3 to 4 times a day.He expressed readiness to make small and big changes in the SOP as per the need for local conditions, convenience and convenience. Arrangements were also made to make the control room functional in coordination with the district collectors, Bhupendrasinh Chudasama added.
However, after reviewing Corona's condition on Thursday evening, the government realized that opening schools in the current situation would be enough to play a game with children's lives. On the other hand, various guardians' associations in the state also announced a school closure on the 23rd and fought against the government's decision, which eventually forced the government to back down.
From the very beginning, the parents were angry about starting school
The government's decision to start schools in Gujarat from November 23 had already sparked outrage among parents and guardians. The All Gujarat Board of Governors (AVB) demanded the withdrawal of the decision to start schools and expressed support for the November 23 school closure announcement.
News Report : Click here
Join Whatsapp Group : Click here 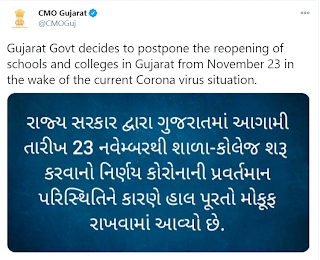 Who called Bhupendrasinh in the current press conference?
Earlier, the education minister was holding a press conference on November 23 to open school colleges. Then the phone of the education minister rang in the ongoing conference. There is a lot of debate about who owns this phone. Normally no minister or official receives a phone call during an ongoing press conference. There are rumors that Bhupendrasinh received a call from the Chief Minister's Office during a conversation with reporters.
43 days later more than 1300 cases of corona in Gujarat
Corona cases have been on the rise across the state since the Diwali festival. More than 1300 cases of corona have been reported in the state again in 43 days. Earlier, 1343 cases were reported on October 7. In the last 24 hours, 1340 new cases have been reported in the state, while 7 patients have died. So 1113 patients have recovered and returned home. At the same time, the total number of cases in the state has reached 1 lakh 92 thousand 982, while the death toll has reached 3830, while a total of 1 lakh 76 thousand 475 patients have been discharged. 54907 tests have been done in the last 24 hours in the state. So far, a total of 70.33 lakh tests have been conducted. There are currently 12677 active cases in the state, out of which 87 patients are on ventilator and 12590 patients are in stable condition. 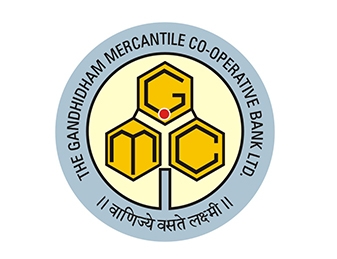