Bareja and Thangadh Nagarpalika Recruitment for MIS/ IT Expert Post 2018

Bareja and Thangadh Nagarpalika Recruitment for MIS/ IT Expert Post 2018 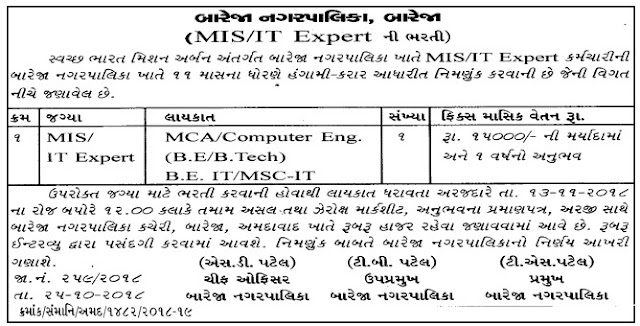 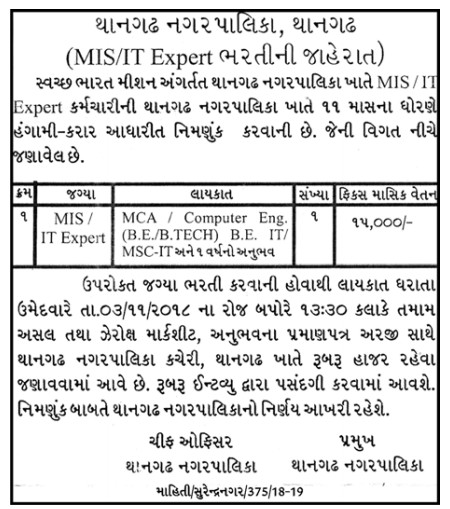 In India, a municipal council, municipality, Nagar Palika, Nagar Palika Parishad is an urban local body that administers a city of population 100,000 or more. However, there are exceptions to that, as previously Nagar Palikas were constituted in urban centers with populations over 20,000, so all the urban bodies which were previously classified as Nagassified as Nagar Palikas even if their population was under 100,000. Under the Panchayati Raj system. It interacts directly with the state government, though it is administratively part of the district it is located in. Generally, smaller district cities and bigger towns have a Nagar Palika.
.