If the school starts after Diwali, no holiday will be given except Sunday. Public holidays can also be canceled as well as the right to leave which was granted by teachers. Apart from this, the days of summer vacation will also be reduced, according to the sources of the education department.

Primary School All Students Will Pass Read this interesting news. 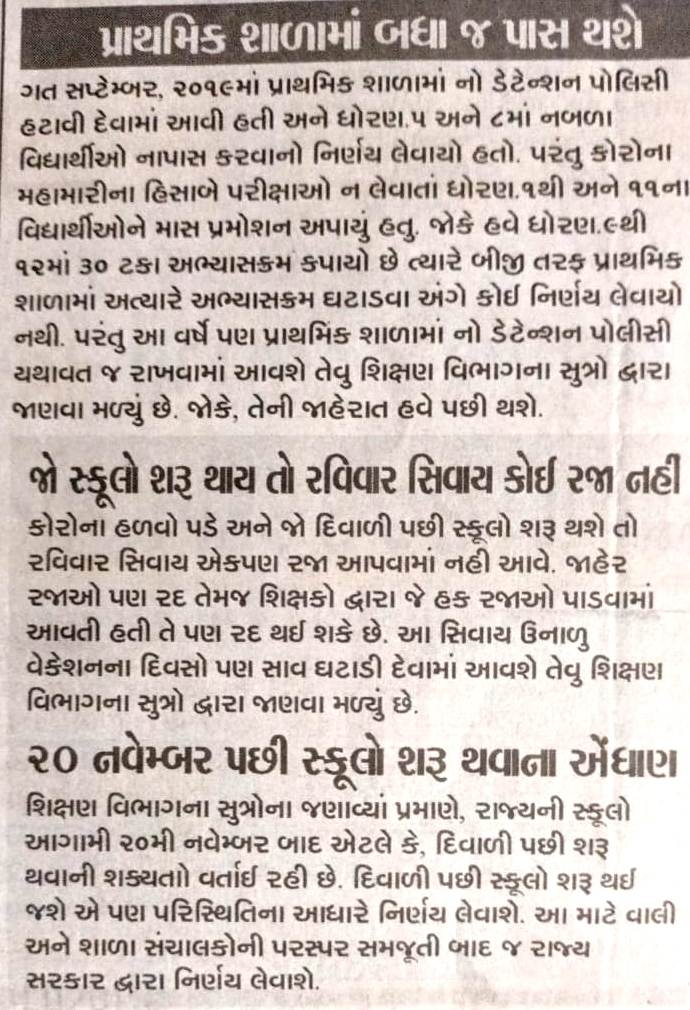 All will pass in primary school j Last September 201, the no data policy was defeated in primary school and it was decided to fail weak students in Std. 6 and 7. But due to the epidemic of Koro, the students from Std. 1 and 11 were given mass promotion as the examinations were not held.

However, now that 90% of the curriculum is standard in Std. 9th to 12th, on the other hand, no decision has been taken to reduce the curriculum in primary schools. But this year also the no data policy in primary school. Sources in the education department said that it will be kept as it is. However, it will be announced later. If the school starts, there will be no holiday except Sunday.